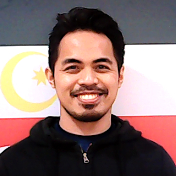 Mohammad Abqary A. Alon, MSc (Cand) is known as a young advocate for Bangsamoro development and is currently working as head of Training Division at the Development Academy of the Bangsamoro (DAB), Office of the Chief Minister, Bangsamoro Autonomous Region in Muslim Mindanao (BARMM), Philippines. Aside from being the first Bangsamoro to author an astronomical object, his designation of the name for the near-earth asteroid 1987XB 3757 “Anagolay” did not stop him to assume other roles that led him to his passion on sustainable human development in the Bangsamoro. He has led and co-organized several capacity-development programs on different communities from the Bangsamoro communities of Maguindanao, Lanao, Tawi-Tawi, Basilan, Davao, and Sarangani to the Non-Moro indigenous communities in Palawan, Boracay, and Pampanga. He’s also designed and led sectoral empowerment programs for Bangsamoro women, orphans, and youth to the Bangsamoro communities outside BARMM (BCOBAR) as he ventured career in government, non-government, and private institutions. Because of this, he has been awarded by the Ateneo de Davao-Al-Qalam Institute as the 2011 M-Power Awardee for Outstanding Young Professional and recognized by the Provincial Government of Maguindanao in 2019. He believes that his current designation in the Academy is in contribution to the realization of his vision of a genuine Bangsamoro human development through the transformation of the Bangsamoro public service.